The advent of games like Escape Room and BreakoutEDU started around 2007 and their popularity has only kept growing. All across the USA, there are storefront Escape Room entertainment venues where groups of people pay to work collaboratively in order to solve a mystery and literally break out of a room. 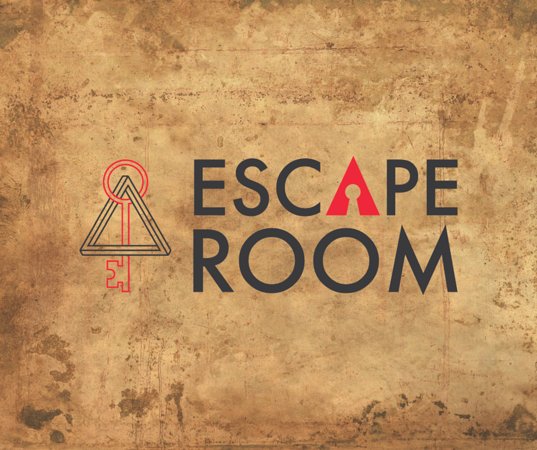 They willingly agree to be locked in until they can accomplish the task together (or give up).

So, building on these common interests, we created a new game called Unlock the Dream. Recently, it was at The Wells Fargo Center as part of a program called Field of Dreams run by Soul, Philadelphia’s indoor/arena football team, and Capital One Bank.

On one end of the field we set up the Dream Prism, a three sided structure with ten by five foot “walls” of flags on each side of it and banners on the top. There were flags from across the USA–Georgia, Alaska, Pennsylvania–and from around the world–Zambia, China, Haiti, and Macedonia. SIX HUNDRED in all. (Each line was carefully sewn and labeled by Dream Angel award winner Patrice Seko!)

And it held a mystery.

On the backs of five out of the 600 flags were bright green stickers with questions printed on them. Some required reading the flag carefully, some required finding the flag on the Dreamline site and looking at information about it there–such as student values–some required using the app or site to do some map reading about where the flag was from. One even required you to put your own hand on the flag to see what kind of hand print was on it.

If you got all five answers, wrote them on your game card, and brought them to the game table, you got to open the Unlock the Dream Box, get a sticker, and then choose a prize from the collection of Capital One or Philadelphia Soul swag–water bottles, towels, sunglasses, and so on.

But how were you supposed to find these flags with the questions?

That’s where our app and the game code came in. By entering the game code in the app, you would get a list of your five game flags. Those flags were somewhere in the group. Those flags had questions on the back. So search and find was part of the game too. Of course the app lists what school the flag was from so the labels on the lines could help, but it still took some careful looking.

What we found when groups of students with a parent or two in tow came to the game table was that 1) the parents loved it too 2) the kids were really good at finding the flags, and 3) they found much more than the flags. 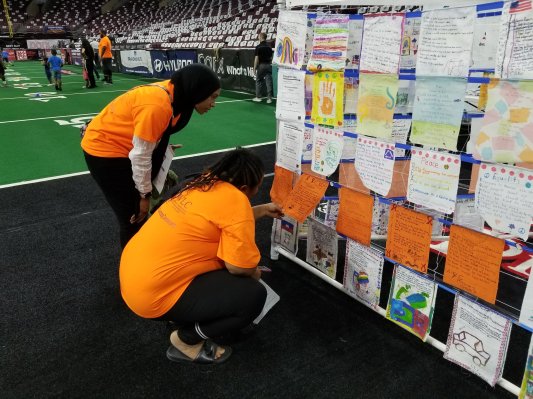 When we set out to solve a mystery, when we move along any path to a destination–such as a dream–there are always surprises. There are always the unintended discoveries. And that’s what we saw first hand.

Students and parents alike started reading not just the flags they had to find, but others as well.

“What did the OTHER kids in Zambia dream of?”

“What were the values besides Team Spirit that inspired a ninth grader in Haiti to work for change?” ”

“What else besides football did a fifth grader in West Philadelphia want to see girls have access to for gender fairness?”

We could see them learning, exploring, and discovering together. And then solving a mystery to get a prize.

Prizes are fun, but we probably didn’t need them. It was clear that children and adults alike found the process rewarding and fun all by itself. 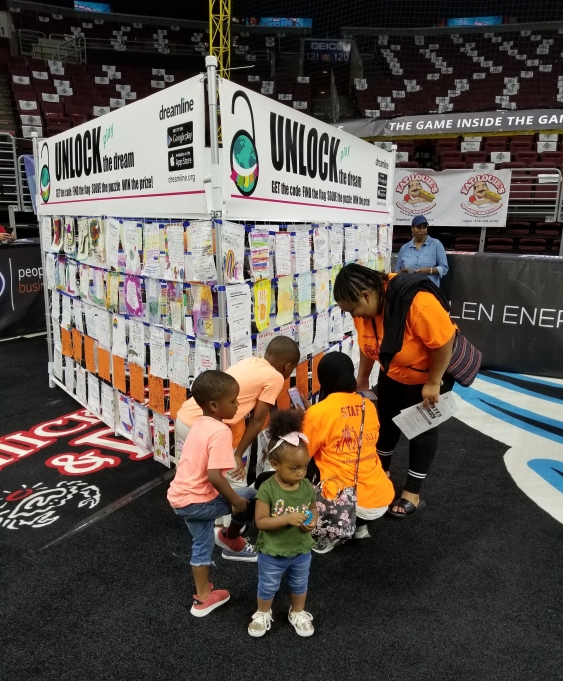 Unlocking a Dream in our lives can be a daunting task. But the beginning of it is realizing you’re not the only one who has a dream. It’s part of being human. Moving toward understanding other people’s dreams is a critical part of understanding, declaring, and acting on our own dreams.

And then we’re unlocking something so much bigger than a room. We’re really breaking out together!

READY TO TRY UNLOCKING A DREAM?

Use phone with a free QR CODE READER to find what students discovered at Wells Fargo.

The prize is in the finding!